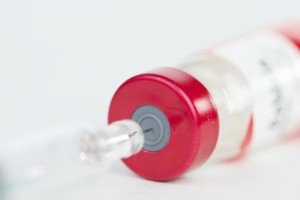 Over the past year I’ve been biohacking HCG. Why did I biohack HCG?   Well, I’m fat.  I’m over weight and I have been for the past 15 years. Technically I’m obese when you look at my statistics.   I’m 5’3″ tall and my weight has hovered between 165-175lbs for the past two years, with my lowest weight being 160lbs after completing Dr Jack Kruse’s Leptin Reset.   Loosing weight has been a struggle for me.

So last May I entered a one year biohack with HCG.  I wanted to see if food or environment matted more in the grand scheme of things.

My first round of HCG I followed the Simon’s protocol strictly.  Initially I lost weight/fat without effort the first week.  I wasn’t hungry but after week two, I stalled.  I saw no change in weight or measurements.  After verifying my dose wasn’t too high or low, I began adding more fruit to my meals.  It took about three days of adding in fruits to begin see more movement on the scale and in my measurements.

I completed my first round after 30 days and I stabilized at 165lbs.  When I looked at my food intake I was eating between 1000- 1500 calories per day when I was loosing.  Yet when I followed the Simons protocol I was not successful in losing weight on the lower calorie plan.   I found that interesting considering how most people did, yet I didn’t.

I waited four months before my next round of HCG.   This time around I wanted to see what would happen if seafood was my only protein source.   The seafood I chose to eat included:

I also ate any seasonal fruit and had 2 cups of bulleproof coffee every day.

Eating this way on HCG I saw no change in weight but I did see a change in measurements on a 40 day round. My bra sise changed from a 38D to a 36C!  I can’t tell you how happy I was to get back to a “regular size” bra, where I didn’t have to spend an arm and a leg to find bras in my size!

My next round of HCG began in January to kick off the new year.   This round I followed the same eating I did during my last round in the fall.  I also added Cold Thermogenesis (CT) and kettlebell swings to my routine as well.    Every day I would swing kettlebells for 3 sets of 30 swings, then I’d hop into the the CT tank for 20-30 mins, depending on the water temperature.

This round I saw slow weight loss coupled with measurement changes.   I also noticed body composition changes as well.  I was excited to see CT gave me an extra BUMP towards fatloss!  I also really enjoy CT so I was a happy woman!  But hey you know I’m a bit crazy.

Things were going really well, until I caught the flu Chaos and Havoc brought home from school.  Since I hadn’t made it 21 days on the protocol, I continued on HCG and ate as much seafood as I could.  I also continued to CT, though not as long as usual given my 102 degree fever.  Within three days I recovered, or so I thought.

Two days later I woke up with a swollen neck, and painful swallowing and a 103 degree fever!  Normally I would have just ridden out being sick, but since I had to go on a business trip, I hauled my butt to the urgent care clinic.   Two hours later I had my diagnosis:  ear infection.   I walked out of the urgent care clinic with a prescription for antibiotics.

Up to this point I had lost 4lbs on HCG, and I had also measurement changes as well.  That morning I weighted 163lbs.  I filled my prescription for antibiotics and took my first dose.  The next morning I woke  up and stepped on the scale and my weight was 173lbs!!  I had not deviated from my eating, or CT yet one dose of antibiotics and I gained 10lbs!

My inflammatory response is weight “gain”, or as I’ve dubbed it inflammation gain. This inflammation gain set off a chain of issues for me over the next two months.  I began to slowly uncouple from my environment.

I began to need MORE than my usual 2 cups of bulletproof coffee to function.  Waking up to the sun stopped and I began to rely more on my alarm clock and I’d reach for coffee first thing upon waking and my water consumption dropped.  I also began to experience heart burn after drinking bulletproof coffee,  and then I reached a point, where I’d become violent ill if I drank it.   I had to stop drinking it all together.  During this time period my inflammation gain varied between 170 -173lbs.

This set me up for my last round of HCG.  My circadian cycle was all fuck up.  Mornings were rough and middays were brutal. I wanted to take a nap.  God all I wanted was coffee, but I drank tea instead.   Realizing that food didn’t matter, I ate seasonal fruit, fresh seafood and grassfed beef.

Again I saw changes in my measurements but no change in weight.  The inflammation gain wasn’t leaving.  Adding insult to injury my time of the month (TOTM) showed up 5 days into HCG and lasted for 21 days!  After 15 days of TOTM and 20 days on HCG I stopped.  My body wasn’t cool with HCG and I didn’t want to do further damage to complete this round of my biohack.

What did this biohack teach me about my body?

My body doesn’t gain weigh, it gains inflammation.  My being fat is the result of inflammation nothing else.  Its not about how much food I eat, or how much I do or do not exercise.  I’ve also learned that ketosis when driven by HFLC Paleo paradigm increases my inflammation.  Bulletproof coffee is not my friend, even though I love it’s taste.

Sometimes things that taste good, aren’t good for you.

So if you’re frustrated about not losing weight, stop and look for inflammation drivers in  your environment.   Attack and eliminate those and re-synch your circadian cycles.  Eat your BIG ASS BREAKFAST (BAB), CT and ground daily.  Make sure you’re getting plenty of LIGHT, Water, Magnetism and DHA!  And remember chronic inflammation that causes inflammation gain doesn’t reverse itself over night.