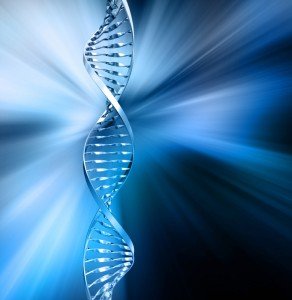 Two weeks ago I listened to Dr. Jack Kruse’s 2013 September webinar on Autism, Alzheimer’s, Parkinson’s: Deconstructing the Cause of Neurodegenerative Disease.   At the end of this Webinar Jack dropped a bomb about Methylation that resounded with me.

Jack’s comment about Methylation was huge for me, as I’m not only trying to figure out how to fix myself, but to also fix both Chaos and Havoc, who both have medical issues.  Chaos is extremely dehydrated, her Bun/Creatine ratio is 65 & she’s also been diagnosed with Hashimotos Thyroiditis at the age of 5!   Why is this related to what Jack said about methylation?  He said that water is key to electrify and magnify the DNA and RNA in the brain to leverage and activate methylation to work properly.  This is how epigenetics get turn off or gets turned-on.   But when you’re in an altered field, you’re not only dehydrated but you can’t access gene transcription via methylation on the DNA or RNA, and the DNA or RNA isn’t turned-on and the DNA doesn’t get made.

Wait?  What does this mean?  From what I understand of Jack’s work – altered fields, such as non-native EMF can cause neural DNA or RNA to appear unmethylated, when in fact it is.  That means if DNA or RNA appears to be unmethylated it means the DNA or RNA  won’t turn off the gene sequences that instead get turned on, when they shouldn’t have been turned on at all.   This is how disease starts in the brain.

So, back to my original questions:  Why is Methylation important?

Well, it helps you access gene transcription on the DNA and RNA.

Why isn’t Methylation the end all be all?

Well, if you’re maximizing living in a reduced metabolic state, you can bypass some of the methylation issues associated with MTHFR or COMT.

Why does Methylation really matter?

It’s a key that either turns on or turns off gene transcription, which drives epigenetics.  And if you can’t access Methylation to turn on or off  genes because you’re dehydrated, your body begins to prioritize operations, which sacrifice the brain, the heart and your mitochondria.  Which is why you end up in a diseased state.  That concept just blows my mind.  I may not fully understand methylation or how different snps can impact your health but I think I get that its critical for turning on or off gene transcription. And that in and of itself is what drives your health in the concept of epigenetics.