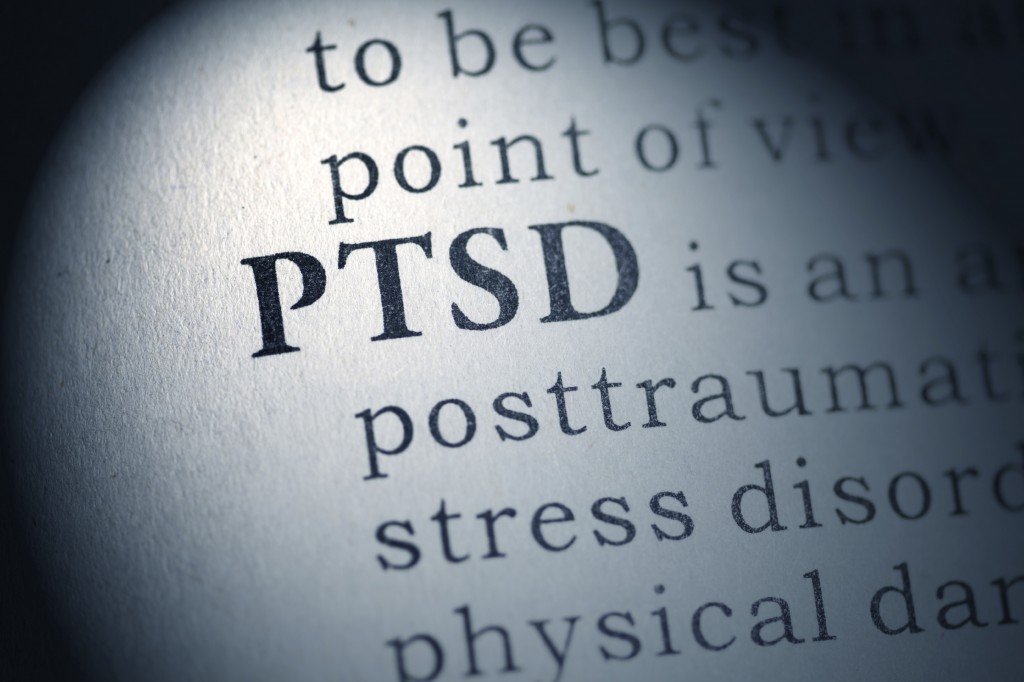 This is a personal subject for me.  One that hits close to home. I have PTSD, from my time being in the military, as well as from being a first responder during 9/11. I was never in a warzone.  I still have things that trigger me. My own experience with PTSD showed me how I could put on a mask and give the appearance everything is alright, until it isn’t.

PTSD affects me to this day. At the 11-year anniversary I couldn’t even walk into the Pentagon.  I got so violently ill I had to catch a cab and go home. Nausea. Vomiting. Shaking. Anxiety. I didn’t work there during 9/11, I was a coordinating logistics for the response.

And while PTSD mostly gets associated with men and women in the military, it’s also something people experience who’ve been involved in a traumatic event.

We’re missing the bigger impacts PTSD has on society, particularly those who answered the call to serve in the military.  And especially when we make the assumptions that PTSD only occurs in those who’ve seen combat.

How does PTSD impact the military differently.  My personal perspective is the only one I can offer.  I’m not an expert on this, just someone who’s lived with it and figured out how to live my life with it. When I consider how the military functions, you prepare to go somewhere, then you wait. And when you get to your destination, you wait some more.  And then you do your job. Then you wait some more.  This is known as hurry up and wait.

Considering that men & women in the military come to hate the hurry up and wait. They want to get in, get out, and shuffle off to Buffalo. There are several reasons many dislike the quiet of just sitting still.

1) They’re trained to be fully alert and engaged 100% of the time, and because of this they “let down” differently than the majority of the population.

2) When you’ve seen, done, and experienced some of the things they have, being alone in the quiet of their own mind sometimes isn’t as pleasant as it is for those who haven’t seen, done or experienced what they’ve done. Just because they didn’t “see” combat, or were part of a unit behind the line doesn’t mean they weren’t impacted by the stress of delivering supplies outside the wire, or treating the casualties that come through the medical tent.

3) When they are able to get into that quiet space the emptiness is a yawning vast pit, when compared to their usual chaos. That can be very uncomfortable for some and makes them feel vulnerable. These guys and gals aren’t supposed to feel this way.

4) Admitting you have an issue, such as a problem with your mental health is seen as a weakness as a Soldier/Airman/Sailor/Marine. You’re supposed to be tough, invincible. These men and women don’t have these issues. So showing up for a psych eval is considered a career ender. And while DOD and the Services are trying very hard to change that perception. It still runs strong. And most of these men and women are left trying to muddle through on their own or with their battle buddies. And their battle buddies are dealing with these issues themselves.

5) They’ve been trained to operate under stressful situations and survive the engagement.

How do you teach someone to deal with something, they’ve never experienced?

How do you teach them to function after they’ve seen their best friend destroyed in front of them?

How do you teach them not to see the faces of the living, wounded and the dead?

How do you teach them to return to a civilian world where hyper-vigilance isn’t rewarded?

Is it any wonder there’s an increasing suicide rate in the military and among veterans?  We don’t know how to teach people how to deal with the after effects.

Where is the compassion for these individuals, when they’re seeking help?  PTSD can take months or years to show its head. And there are times when being alone is the only safe place. Yet you hate that you’re alone. You hate that when you reach out your concerns are brushed aside or the treatment you’re given doesn’t work. Or the treatment does work, and the side effects suck.

And when they reach a breaking point we blame them.  We blame the system they’re shuffled into.  Those of us who have friends and family who have PTSD at times we feel helpless.  We don’t know how to help our loved ones, our brothers and sisters in arms.

There is a VA Study, that indicates suicide rates among military veterans is 22%!  The Army is working hard to prevent suicides, as evident by their efforts to change the stigma of asking for help, with the Suicide Prevention campaign.  Yet its obviously not working.

Now if you’re a Vet returning from OEF or OIF it will take you 12-18 months to get into see someone from the VA who can diagnose you, shove drugs at you and help you find the appropriate treatment- which may not even be what you need. Obviously, getting help while you’re still on Active Duty, the Guard or Reserves is being promoted, but its not helping service men and women.

I found that drugs don’t work. It took me sitting down and talking with someone, to decide what I needed to do to fix myself.

Writing was how I dealt with mine, and how I dealt with family pestering me. I wrote for my family who constantly kept badgering me to talk about 9/11. I give you a glimpse of what I went through in a blog I wrote several years ago. I was able to put what I experienced into pen and paper. Sometimes just sitting down with that is more cathartic than talking with someone or using technology, based upon my experience.

My family no longer ask me to talk about it, nor do they tell me it would be better if I did. Talking doesn’t help me. Writing does. It gets it out. Its just one tool you can use. But it may not work for everyone.

I believe over the next 20 years we will see some great books come out of the generation who fought in OEF/OIF as well as those who lived 9/11 first hand. Movies while they give you a great visual picture they don’t give the view of the soul of the individuals who actually experienced the events. Writing does that. For me writing is an outlet for the soul. Its one of the reasons I’m a proponent of journaling. It’s a cathartic meditation. It lets you deal with your challenges. Granted its not right for everyone but its another method, and the best part its free and you never have to share it if you don’t want to.

However, each individual who’s suffering from PTSD needs to find what works for them. Writing was my form. Talking didn’t help me. Medications didn’t help me. That doesn’t mean they don’t work for others.

Yet now these men and women are struggling.  And the Military and the VA has no idea how to help them.  The institutions we became a part of are grasping for solutions to a problem they don’t understand.  I personally struggle with how to help my brothers and sisters in arms who need help, yet aren’t getting it. I struggle with the fact society at large doesn’t understand how to help those who were willing to give their all, yet lost themselves in the confusion war.

If you want to learn more about PTSD check out the links below.